After World War II, The State of War and the Legendary Fight for Freedom,
Stocznia Gdanska, birthplace of Solidarnosc and icon of the communist fall in Europe is still a battlefield. Even in the Capitalist World, the social struggles goes on! Since the last decade, the battle opposes a group of artists to « Young City »; one of the biggest urban revitalisation project in Europe which is to take place in the Shipyard’s grounds in a near future.
In a race against time, Photographer Michal Szlaga, Street Artist Iwona Zajac, Aneta Szylak and Gregorz Klaman, founders of the WYSPA Institute of Art, are leading a tumultuous fight to save the Shipyard’s Heritage from being erased from the face of the earth.
Their actions, deeply rooted in the Polish « culture of dialogue », drove young activists, social organizations and their community, into a real engagement for the conservation and protection of this unique place of collective memory were they grew up, create, work, love and live…
This exclusive documentary film, follows the faith of Gdansk Shipyard’s, crossed with the destiny of these new leaders of a chain of Solidarity in times of meetings, times of hopes and in times of changes. 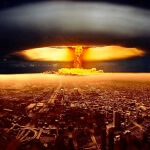 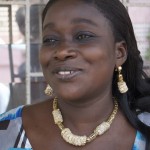