Our documentary TV series project will lead the audience through the divided world of the Cold War. We will follow and study lives of famous spies who worked for both sides of the conflict. Very important for us is to choose the spies who made it by conviction and with deep belief that their mission is crucial for the peace of the world. We also want to focus on the most important players in this global game. The impact of their activity must be substantial for the newest history of the world. But besides the confrontation of the secret services, governments and armies, we want to picture our protagonists with human perspective – what did they count for, how much did they sacrifice, how could they stand to live in the permanent lie and how such a stress affected their personal life.

We propose the following spies stories:

He was a Polish colonel and Cold War spy for NATO. He passed top secret Warsaw Pact documents to the CIA between 1971 and 1981. The former United States National Security Advisor Zbigniew Brzezinski has described him as “the first Polish officer in NATO”.

He looked like an office worker; with a briefcase in his hand he didn’t resemble James Bond. This was a perfect camouflage. He was a Soviet spy who through 20 years of working high profile jobs for the French government and NATO accessed and passed on secret information regarding western defense systems. A declared catholic and a right wing conservative worked for the benefit of the communist regime. What drove him?

She was a British spy who served the Sovietts (codenamed HOLA) in Great Britain and was no revealed to the public until the publication of the Mitrokhin archives in 1999. She was a most important women NKVD agent and the longest-serving of the British spies.

Berlin, 19.01.1979 – the Stasi headquarters was put on alert and all internal services had been set to ready.  The reason – someone had broken into a safe and stolen hundreds of secret documents. This situation has paralyzed East Germany’s intelligence services.  Warner Stiller was the man responsible for this act.

Born in Moscow, is a former colonel of the KGB and KGB Resident-designate and bureau chief in London, who was a secret agent of the British Secret Intelligence Service from 1974 to 1985. 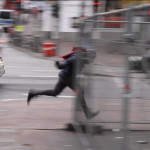 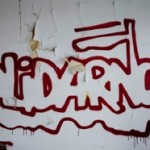