The book “My Senegalese Wrestling” by Edward Porembny and Anna Siwek, written on the basis of Edward’s adventures during the shooting of his two films, “Madame Tyson” for incl. ARTE and “Wrestling in Dakar” for incl. AlJazeera, in Senegal, has been published.

Radio Newonce interview with Edward Porembny about wrestling, witchcraft and other adventures around the production of the film „Madame Tyson“ in Senegal and the book “My Senegalese Wrestling”: 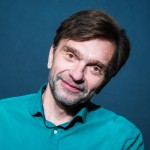 Edward Porembny
Edward Porembny is a producer, director and writer, known for Here I Am (2011), Madame Tyson (2013) and To the Last Tree Standing (2017).
Related Posts
Copyright © 2015-2022 Edward Porembny, AMP Polska - All Rights Reserved
The production of the film “Treasures of Silesia – between the Sudetenland and the Oder” for the German state television station NDR has come to an end